The influence of Paris, Berlin, Rome or Venice is an indelible part of Hungarian modernity. Although the Iron Curtain has set back the prospects of Hungarian artists on the international market by decades, today, in the age of information explosion, they face a new array of global challenges. 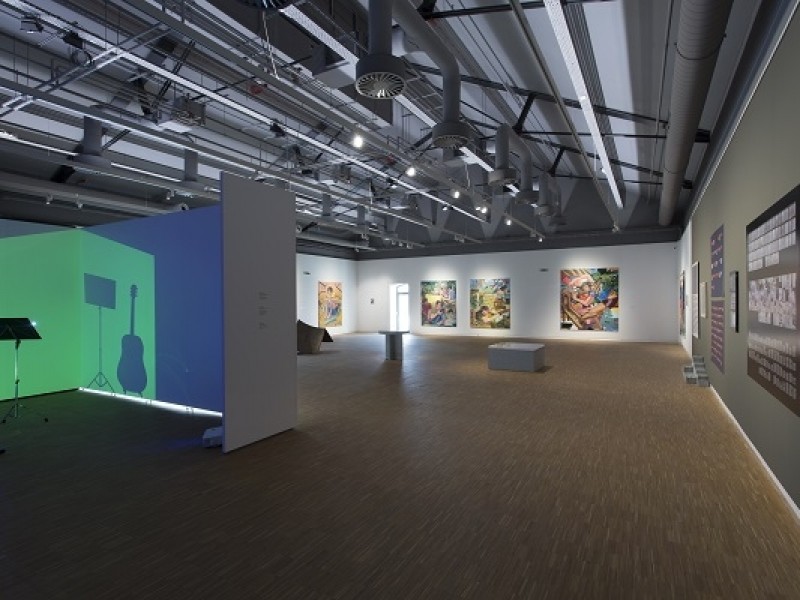 Art prizes can play a significant part in building international relations due their highly symbolic nature. „The desire of challenging ourselves is mixed in them with the impossibility of competing; at the same time, they are also able to reflect trends and generate a large amount of attention”, says Krisztián Kukla, art director of the Leopold Bloom Art Award. „Nowadays, you need a lot of background mechanisms to call someone an internationally acclaimed artist. It’s not enough to be good. Breakthrough is not easy, but institutions offer a wide range of opportunities, such as the independent network of awards.”

International presence is also supported by resident and visitor programs that allow artists to gather more international attention, while curators and other professionals have the chance to familiarize themselves better with the works of foreign artists on these short trips. Krisztián Kukla sees a huge potential in strengthening the visitor programs such as the one around the Leopold Bloom Award where the whole jury consists of invited foreigners.

According to art historian Zsolt Petrányi, curator of the Hungarian pavilion at the 2017 Venice Biennale, the opinion of the jury judging the resident program bears a high significance for artists. „Taking part in such a program not only means that someone can work in an atelier abroad but that they have the chance to get to know a different artistic system.” His advice for young, up-and-coming artists is that they should fully immerse themselves in their chosen medium and topic, and, after careful consideration, choose a resident program accordingly.

Kukla and Petrányi both agree that in spite of information explosion, international recognition can only be reached exclusively through personal communication – that is why Petrányi thinks that the greatest invention of recent times is cheap flights that provide a previously unknown mobility. It is also important to note that artists should be able to express themselves in foreign languages when presenting their works – the subtleties of language cannot be replaced by the digital world.

“I fell in love with Hungarian culture ”

Magazine | A painter and potter, Jahangir Matboo has been living and workingin Budapest for ten years. He told us why he feels at home in Hungary,but you can ask your own questions when visiting his studio during a guided tour on 14 April. Author: Máté Csabai

Experiences in the Museum – Thoughts about Museum Education

Magazine | One of the most memorable museum education experiences that I encountered was that when, inspired by Imre Kocsis's painting The Wedding Feast, a scene was acted out, while a woman in an authentic rural costume started fussing about like she was part of the depicted cooking scene. The picture came to life at once, and I could almost smell the scent of roasting meat.